You cannot avoid market volatility but you can embrace it 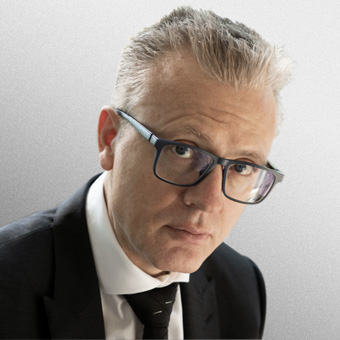 Co-founder, Member of the board 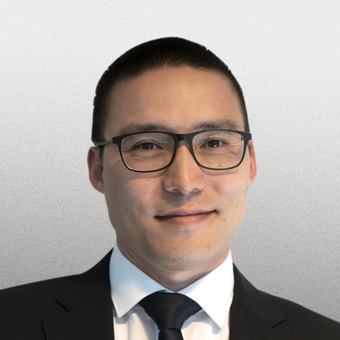 You want to talk about this?

In our previous article “Investment success starts by setting an adequate target return”, we advocated an active approach to investing: keep a low exposure to markets during most of the time and increase exposure only during times of volatility. Investment professionals will refer to such an active approach as “market timing”. Sometimes we use the term “tactical asset allocation” to describe the decision to increase or reduce exposure to certain asset classes at “opportune” times.

We would like to point out that not all investment professionals believe that “market timing” can be relied upon to generate additional returns. It is a fact that over the last decennium many investors have revoked mandates with active asset managers to redeploy in ETFs which are cheaper and often managed pssively.

In Vierny Partners SA, we do not pretend that we can predict when market upheaval will occur. Who could have predicted that yields on Italian 2-year governments bonds would go from negative to over 2% in a matter of days in May 2018? And that in early February 2018, volatility indices in the US would blow out, causing the collapse of the XIV ETF, and resulting in equity market indices giving up gains of the 3 prior months in just a couple of days? How about Brexit? Or the Swiss National Bank that abandoned its currency peg in 2015? The collapse of oil prices at the end of 2014?  The US Fed “Taper Tantrum” in 2013…


We are witnessing upheaval in different sectors of the market, and with varying degrees of intensity, on average about twice a year. In Vierny Partners SA we consider that this is often enough to justify being underexposed during calm times. If serious market upheaval would occur only rarely, then being underexposed for most of the times would represent an “opportunity cost” and would result in lower returns compared to a traditional exposure.

Exploiting market upheaval is certainly easier said than done. Having cash and starting to invest at the onset of market volatility is not enough to guarantee success. The biggest challenge is in deciding how long to keep deploying cash. Both fear and greed may prevent an investor from deploying cash: the fearful investor may be tempted to sell rather than buy assets that just got cheaper, while the greedy investor may decide to wait hoping that he will be able to buy at even lower prices. If you find yourself fully invested at the onset of market upheaval you cannot deploy cash without selling some other asset first. And generally it will not be the right time to sell… the dilemmas are multiple and the behavior is often irrational.

We do not believe that we can accurately predict how long a market correction will last, and we also do not believe that we can perfectly identify a market bottom. In practice we start deploying some cash as soon as market upheaval starts, when volatility indices go up, media start spouting doomsday scenarios and investors start calling us wondering if we should sell everything. The deployment of the cash is then sustained until either maximum authorized exposure for the portfolio, as defined by the risk profile of the portfolio, is attained, or the market upheaval has abated.

The corollary of this approach to deploying cash is a reduction of exposure once the market upheaval has ended. Exposure tends to get reduced naturally as financial instruments mature or expire. When markets, having stabilized, start going back up, some positions should be liquidated not necessarily awaiting maturity or expiry, and thus revert to the stance of being underexposed during calm times.

Selling positions when calm has returned will generally result in realizing profit. This discipline is indeed a better guarantee for long-term investment success than the caricatural behaviour of fearful or greedy investors, driven by emotion. The greedy investor will hold on to positions during market upturns, hoping to catch the top of the market, while the fearful investor will find himself underexposed during the market upturn, having sold rather than bought.

Another practical consequence of this approach is that we tend not to “hedge”: we rarely “buy insurance” to temper the drawdowns in case of market corrections. We find hedging too expensive, and unneccary, as markets behave “normally” most of the time. Sometimes we even act as counterparty to those market participants that are willing to pay to reduce their portfolio volatility.

In short, we embrace volatility rather than avoid it.

This approach of market timing based on market volatility should not be confused with the so-called “contrarian” approach of some fund managers. The contrarian approach consists in the adoption of an investment stance contrary to market consensus, in anticipation – and therefore prediction of The Moment. Our approach starts from the observation that volatility peaks happens frequently enough and that they tend to abate with time.

This investment strategy has worked rather well for the clients of Vierny Partners SA over the last couple of years. It worked particularly well during events such as the abandonment of the currency peg by the Swiss Central Bank and during the severe market downturn of early 2016.

The current market cycle is massively influenced by the policies of the main central banks. In an upcoming article we will share our views on the influence of these policies and how we adapt using the approach explained in this and previous article.

Copyright © by Vierny Partners SA. All rights reserved. This document, purely informative, is based on information collected from sources considered as reliable and up to date but without guarantee of exactitude or exhaustiveness. It does not constitute a recommendation or an offer to buy, sell or subscribe any securities or any other financial instruments. It does not contain financial advice nor securities advice nor market advice. Past performance is no guarantee of future results. Investments may decline in value due to both real and perceived general market, economic, and industry conditions. The value of investments, and the income from them, can go down as well as up, and you may not recover the amount of your original investment. Please consult the Terms of Use of this website as well as its Privacy Policy for additional information.